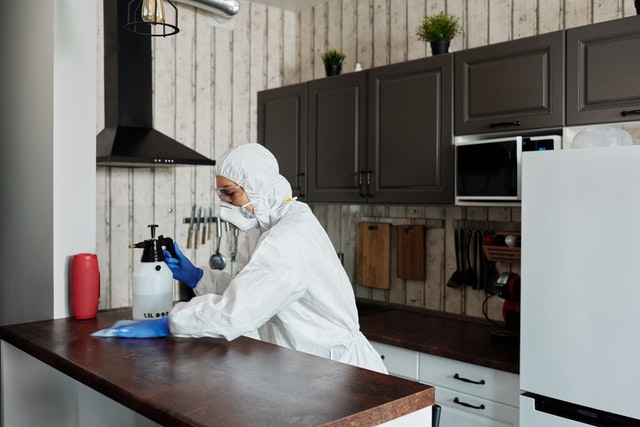 Best Methods to Remove Mould from Walls and Ceilings

Mould can look ugly and smell unpleasant, but it doesn’t have to ruin your home if you’re willing to get on your hands and knees with some mould killer and elbow grease. Follow these easy steps on how to remove mould from walls and ceilings, and you’ll be on your way to eliminating this pesky problem in no time. Make sure to wear gloves, goggles, and old clothes when working with bleach or any other harsh cleaning chemicals!

Mould is a fungus that feeds on organic material such as cellulose. You can find mould almost anywhere: in your yard, in your basement, inside your home—even on food. There are thousands of different types of mould, most of which you won’t recognize. Some types produce allergens and can even cause infections or diseases.
Good news: if you see or smell mould growth in your home, it’s usually easy to remove with basic cleaning tools and methods.
Bad news: removing mould isn’t always easy—and sometimes requires hiring a professional for removal and cleanup, so you don’t accidentally expose yourself to unhealthy mould spores or spread them around your home after they’re removed.

How can you tell if there is mould on your walls or ceilings?

How does condensation cause mould growth?

A condensation is a form of water vapour in the air that forms when warm air cools down. It forms on cold surfaces such as windows, walls, or other objects. Condensation is also formed when water evaporates from wet surfaces and then turns into a gas. In most cases, condensation can be prevented by using a dehumidifier to remove excess moisture from the air.
Mould growth occurs when condensation takes place on a surface that has been moist for some time and there is an abundance of food particles and dead microscopic organisms on it. Condensation causes mould growth mainly because it creates an ideal environment for the growth of moulds.

Top Tips on How to Prevent Mold Growth in Your Home

Mould is a common problem that most homeowners face in their homes. It is important to know how to prevent mould growth in your home.
The best way to prevent mould growth in your home is by taking precautions and following the tips below.
1) Keep your home dry – Make sure that you do not let water accumulate on floors, walls, and ceilings. If you have a pool or spa, make sure it’s drained before storing furniture or other items near it.
2) Avoid humid environments – Reduce humidity levels in your house by using air conditioning or dehumidifiers when necessary.

What Caused Mould To Appear On Your Ceiling?

The most common cause of mould on your ceiling is inadequate ventilation in your home. Your home’s HVAC (heating, ventilation, and air conditioning) system draws air into it; that air needs somewhere to go. If you don’t have adequate ducting or vents that allow that warm, moist air to escape your house, it will stay in there.

How to Remove Mould from Ceiling?

Dangers and Things to Avoid During Cleaning

Unless you have advanced training in remediation, it’s never a good idea to try removing mould on your own. The dangers include but are not limited to allergies, respiratory problems, worsening of pre-existing health conditions, lack of proper training that leads to serious damage. You must call professionals if you suspect any sign of mould growth. Their expertise could prevent major repair costs or structural damage down the road. If you don’t know who can help you with mould removal but suspect an issue, start with your local municipality (city hall). They will likely be able to point you in the right direction for remediation services.

Tips to Keep Your Ceiling Mould-Free

Things You Need To Know Before Cleaning With Tsp

Ways to Clean a Mattress and Get Rid of Stains

GP Care Plans – Everything You Need To Know About GP Care

What to Consider When Planning a Fitout

A Comprehensive Guide To E-Bikes in Australia

Australia has a plethora of established and highly skilled experts, who can help with all aspects of home maintenance. Localxperts.com.au is a leading website in providing information about these experts to Aussies living in the country.

GP Care Plans – Everything You Need To Know About GP Care