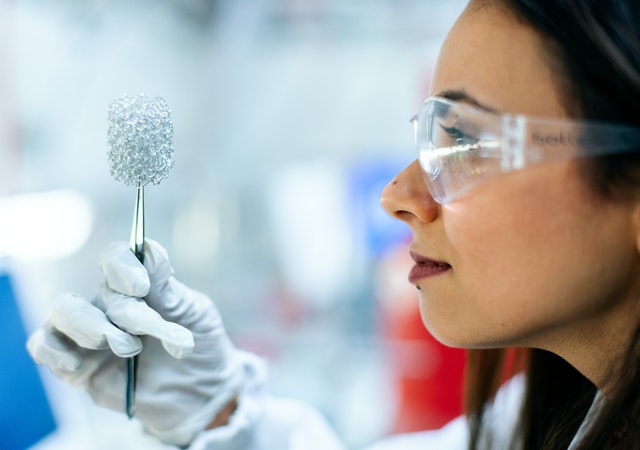 The modern world runs on electricity. Without it, life for millions of people around the world would be very different.

The discovery and harnessing of electricity were some of the most important developments in human history. Electrification and the explosion in electrical appliances have changed life in many countries beyond all recognition.

What are the latest inventions in electronics?

According to sites like Astrodyne TDI, here are some of the latest innovations in electrical engineering:

Who invented electricity and which year?

Electricity, being a natural phenomenon, was discovered rather than invented by the work of many great minds throughout history. Early work was conducted in ancient Greece and Rome on electric fish by philosophers like Pliny the Elder.

But it wouldn’t be until the 1600s and 1700s that it was studied scientifically. The first person to coin the term “electricity” was a British scientist called William Gilbert who was studying the effects of electricity and magnetism on amber.

In fact, the very word electricity is derived from Gilbert’s new Latin word electricus meaning “of amber” or “like amber”. But some of the most important work was conducted by Benjamin Franklin in the 18th Century.

Further work by Volta, Faraday, Ohm, and much more great scientists furthered our understanding of the phenomena and enabled us to harness and use it today.

Direct current, or DC for short, was first produced artificially by Alessandro Volta in the early 1800s. But it would take further study by the likes of André-Marie Ampère and Hippolyte Pixii to postulate that electrical current moved in one direction between poles.

It would later be harnessed and generated in power stations in the late 1870s with significant contributions and developments being made by Thomas Edison.

Who actually invented the light bulb?

The basic principle behind the incandescent light bulb can be traced to the work of Sir Humphrey Davy over two hundred years ago. He discovered that by passing an electrical current through a thin wire, that is would heat up and give off light.

But he noted that for it to be of practical use, cheap materials that could last for a long time needed to be found. Warren de La Rue developed one of the first practical bulbs in the 1830s but his choice of platinum for the filament was not commercially viable.

Later in 1878, another British chemist, Joseph Swan, managed to create and publically demonstrate a light bulb based on carbon filaments. But his filaments burned out relatively quickly and were not, therefore, commercially viable.

But, in 1879, Thomas Edison, through trial and error, hit on a combination of thin carbon filament designs with better vacuums that were just right. This made him the first person to solve both the scientific and commercial challenges of light bulb design.

What are some of the most important electrical inventions?

Here are 9 of the most important, and interesting, electrical inventions of all time. This list is clearly in no particular order and is far from exhaustive.

1. The humble lightbulb was revolutionary

The invention of the lightbulb was one of the most significant developments in human history. Almost overnight, it enabled societies around the world to extend the length of a working day and practically “banished the night”.

Prior to its development, artificial light was provided through the combustion of various substances including candles, gas lights and oil lamps. These were very inefficient and required high levels of maintenance relative to lightbulbs.

Its development also helped usher in the electronic age and made streets around the world much safer at night.

2. The Internet has changed the world forever

The Internet is, hands down, one of the most important electrical inventions of all time. It has changed the world and the way we live, beyond all recognition prior to its development.

The way we work, access information, shop, and communicate have all been completely changed thanks to the net. But it is not a “new” invention, per se.

The origins of the internet date back to the 1960s. Over the following decades slow, but important advancements were made, culminating in the groundbreaking work of Tim Berners-Lee in the late 1980s.

Today it has grown to be practically all-encompassing, creating new industries and allowing people to connect and work anywhere in the world with an internet connection. It might well be the most important invention in data dissemination since the Gutenberg printing press.

3. The alternating current changed everything

Alternating current, or AC, was another of the most important electrical inventions of all time. Discovered by Nikola Tesla, AC was to prove revolutionary for the way we generate and use electricity.

AC proved to be safer and more efficient (over a long distance) than direct current. Alternating current enabled the mass electrification of many nations around the world and can be seen as the most important prerequisite to other inventions mentioned on this list.

It also enabled things like electrical motors and transformers to become a reality. Today AC is used by millions of people around the world on a daily basis.

4. MP3 players changed how we all listen to music

MP3 players changed the way millions of people would listen to music and other audio forever. Their development would, practically overnight, spell the end of older media forms like cassette tapes and CDs.

Tracing their development to the late 1970s, MP3 players would become commercially viable in the late 1990s. One of the first prototypes for MP3 technology was developed by South Korean company Saehan Information Systems.

Their 1997 “MPMan” was a flash-based player that could hold between six and 12 songs. Other companies would soon realize the potential with Apple releasing its ground-breaking iPod in 2001.

5. Transistors are vital for modern life

Transistors are basically electronic switches that allow current to be turned on and off on demand. They are a crucial component of many modern electronics today.

“Transistors changed the face of technology across the entire planet – without them, we’d have no computers, no smartphones, and only very basic communications (just to name a few). We certainly wouldn’t have any power distribution systems!” – rubberbox.com.

Starting out as a top-secret military project starting in the 1960s, GPS has changed the way we navigate around the planet forever.

By 1995, the system became fully operational thanks primarily to three men behind the project: Roger L. Easton, Ivan A. Getting, and Bradford Parkinson.

Today GPS is a common feature of modern car dashboards and smartphones. So much so, that many people around the world have long since ditched their trusted paper maps of yesteryear.

7. Digital cameras are another important invention

The concept of “filmless cameras” is actually nothing new with early developments being made in the 1960s. But by 1975 one of the first electronic “digital” cameras was developed by Eastman Kodak’s Steven Sasson.

Originally intended for scientific and later military purposes it wasn’t until the mid to late 90s that digital cameras became common among consumers.

Today most new cameras are digital and pretty much every single smartphone has at least one as standard.

Electric cars, you might be surprised to hear, actually have a fairly long history. Some of the earliest models were developed in the late 1880s, but they were soon foreshadowed by the development of internal combustion-engined alternatives.

There was a brief revival of interest in them in the 1970s and 1980s but the last decade or so has become the de facto age of the electric car. Advances in battery technology and energy management systems are making EVs ever more efficient and appealing to the mass market.

Inextricably linked to the previous entry, electrical motors are another of the most important electronic inventions of all time. By converting electrical energy into mechanical energy, electric motors have changed the face of many industries forever.

The electric motor proved to be so effective that it almost single-handedly replaced steam engines from factories and other major industries. 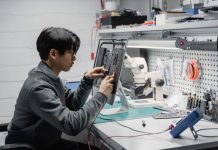 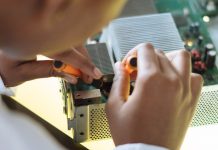 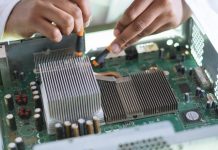 14 Essential Electronic Components and their Functions