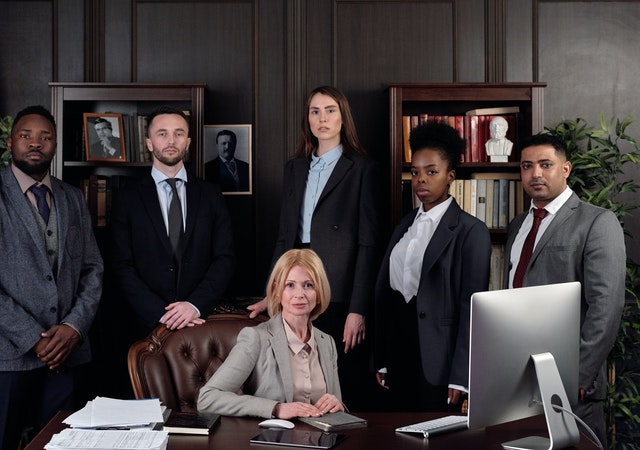 For a long time, the legal world struggled with whether an organisation can be legally held responsible for the wrongful acts of its employees, or what is known as ‘vicarious liability’.

There were so many layers of difficulty in deciding who is vicariously responsible for another individual’s actions, that it took decades for authorities to develop a legal definition around when a business is and is not breaching its duty of care.

After all, how can an organisation see into the mind of every employee, and should it be expected to? If an employee has the intention of doing something that is illegal, immoral or corrupt, can they be stopped? And where must an employer’s responsibilities begin and end for human beings who are capable of independent thought?

In late 2016, Australian law became clearer around these points when the majority of the High Court of Australia concluded that “an employer could be vicariously liable for criminal acts of its employee, and espoused what was referred to as the ‘relevant approach’, which involves considering whether the employer has assigned to the employee any special role, and the position the employee is in as regards the victim,” said an analysis on the website of Colin Biggers & Paisley Lawyers.

The analysis also says that, “Factors that are relevant include, authority, power, trust, control, and (of particular importance) the ability to achieve intimacy with the victim.”

The judgement was on Prince Alfred College Incorporated v ADC [2016] HCA 37, on appeal from the Supreme Court of South Australia. It centred around a case of sexual abuse against a 12-year-old boarder by the housemaster.

Over a decade earlier in 2003, a similar case of sexual assault on a pupil by a teacher – New South Wales vs Lepore – had seen the High Court rule that an employer’s duty of care does not extend to protecting against a staff member’s intentional criminal behaviour. But that was about to change.

In the 2016 judgement, the High Court had removed some of the uncertainty created by the Lepore decision by confirming that a test of relevance can be applied when questioning an organisation’s vicarious liability for an employee’s wrongdoings.

The performance of employment provides the occasion for the wrongdoing, but that opportunity is not enough, on its own, for the employer to be considered liable. But when the employee has been assigned a special role by the employer, a role or position in which the employee has the aforementioned power, authority, trust and control to achieve intimacy with the victim, then the employer’s liability becomes relevant.

What does ‘vicarious liability’ mean for employers?

This can seem a complex area of law, one that is a potential time bomb for well-meaning employers and particularly for those that do not have their own legal departments.

However, as the Australian Human Rights Commission (AHRC) explains, in order to minimise liability an employer needs to demonstrate that all reasonable steps have been taken to prevent incidents. The work of the AHRC focuses heavily on discrimination and harassment in the workplace.

One case study from the AHRC involved an incident of harassment, for which the business was found vicariously liable, that occurred very early one morning between two employees who were sharing a serviced apartment during a conference.

Another involved an organisation being found vicariously liable for racial discrimination after discriminatory remarks were made in the presence of a supervisor. The fact that a senior person was present and did not prevent the harassment from occurring meant the employer was jointly liable.

An interesting point is that an employer may be vicariously liable for acts of discrimination and harassment not only by employees but also by other workplace participants (people working on the same premises but for different employers), contractors and those on commission, agents, trade union employees harassing members, and employment agents harassing individuals who use their agency.

While lawmakers are becoming clearer around the topic of vicarious liability, there are still some grey areas. For example, there is no clear definition of the ‘reasonable steps’ that an organisation should take to minimise the risk of such behaviour. This is partly because businesses of different types and sizes would likely require different definitions.

The AHRC recommends that before developing policies and procedures that could be described as ‘reasonable’, employers should consider several factors. These include the size of the business and its structure, the type and nature of the work undertaken, the mix of employees including age, gender, disabilities and cultural backgrounds, the workplace culture, previous incidents, levels of employee supervision and any other relevant factors.

The AHRC has created a list of important steps that businesses can take to prevent workplace discrimination and harassment. They include:

1) Ensuring the business has a strong policy on discrimination and harassment and communicating that policy effectively, with visible support from senior management. The AHRC provides a template for a workplace discrimination and harassment policy here. These policies and procedures should be regularly reviewed in order to remain up to date with current law and industry best practice.

2) Guidelines must be in place outlining the business’s response to internal complaints, ensuring a timely and effective procedure. All complaints must be treated seriously and investigated properly.

3) Harassment-contact officers, both male and female, should be appointed and trained. All staff should be regularly trained to understand workplace responsibilities and to respond in a consistent manner to incidents of discrimination and harassment.

4) Staff should be provided with information about other agencies and independent bodies that can provide advice around issues related to discrimination and harassment.

5) The culture of the workplace should be monitored regularly through the use of staff surveys and other confidential processes. The organisation’s strategies around prevention of discrimination and harassment should also be regularly analysed to ensure they are as effective as possible.

Do you have the expert skills to protect your business or startup against vicarious liability? Find out more about how studying a Master of Business Law with SCU Online can give you the confidence to navigate through complex areas of law and minimise legal risk for your business. 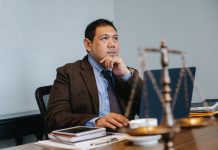 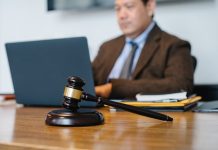 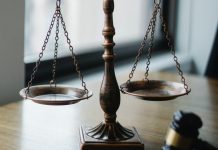 Legal costs in litigation and how to avoid them